Promoting Gender Equality in the Workplace

“Do we really need to promote gender equality in the workplace? Sweden is after all a global frontrunner when it comes to equality. And what can we as a consulting company actually do? Our customers are our main focus, and the most important thing for them is our competence, not whether our company has an equal distribution of men and women or not.”

How often have we either said or heard arguments like these? I know that I’ve heard these arguments several times, especially the one. It may be true that Sweden is one of the world’s most equal countries, but does that mean that there’s nothing that we can do to improve? Should we stop striving to become even better?

The answer is no. No, there’s still a lot that can be done. No, we should never stop improving. Instead, we should always strive for improvement and development! This applies to Sweden as a country in general, but also to individuals, companies, and industries. We can all do better.

Almost eight years ago, I started working at Together Tech (former i3tex)as a newly graduated engineer. I immediately felt that this was a company that cares about its employees and has a positive corporate culture. With the values ​​- Joy, Consideration, Ambition – we have come to create a genuine corporate culture that puts emphasis on a better world, humanity, and sustainability, and showing each other respect. Despite having such a strong corporate culture,  we haven’t had a stated gender equality strategy.

Gender equality is at risk of being deprioritized

In my opinion, Many Swedish companies often fail to prioritize gender equality initiatives, especially at times when other matters within the company might be deemed more urgent. The topic might be raised within the workplace to some level, but companies often fail to critically analyse their existing internal processes and ways of working, and they don’t always work actively and proactively to promote gender equality, which is problematic.  And what happens in the event of, for example, sudden reorganizations, acquisitions, or other major organizational changes? Work to promote gender equality is then further at risk of being deprioritized due to not being at the top of the list of things that must be dealt with.

With this in mind, in 2020, we started reviewing our internal processes from an equality, diversity, and inclusivity perspective, which meant taking a closer look at what can be deemed as problematic and areas in which we can improve.

I have always been passionate about gender equality, and this initiative presented the opportunity to take on the role of Head of Diversity & Equality, with the task of conducting our internal review – truly a dream come true!

My committed colleagues and I have during the past two years developed and introduced new policies, processes, and working methods to ensure gender equality and diversity. We started with an internal survey with questions about the perception of gender equality and challenges within the company. With this as an outline, we came to the conclusion that there were several different areas that could be improved.  Most important of all was the realization that in order to work effectively with gender equality, we need to align everybody and make sure that we’re all on the same page.

If the level of knowledge about gender equality differs greatly among the employees at a company, it is very difficult to drive the work forward. The dialogues become less constructive and solution-oriented, and focus is drawn toward the why instead of how we can create a more inclusive, diverse, and equal workplace. With this in mind, we have introduced new policies, processes, and working methods. Moving forward, we will invest heavily in knowledge-raising workshops and various educational initiatives, as well as practical exercises for everyone in the company, starting with the management team.

According to the Swedish Gender Equality Authority, gender equality in the workplace is defined as the proportion of men and women in a group falling within 40/60 percent. When looking at the distribution at the management level, women account for 50%, and we have a female CEO. The overall gender distribution at TogetherTech is however 36/64. Our goal now is to reach a distribution of 40/60 by the end of 2023.

In order to achieve this goal, we have created policies and frameworks, started various initiatives, as well as we’ve decided that all groups should have a distribution of 40/60. At least once a year, we will review all teams based on their gender distribution, and teams that do not fulfill the set gender distribution goal will have to provide an explanation as to why not, as well as they have to present an action plan that will be followed up.

One of the areas that has been identified during our review is the lack of female engineers and the difficulty of recruiting female engineers. According to an article from Sveriges Ingenjörer’s member magazine “Ingenjören”, the proportion of graduated women amounts to a total of 35 percent of all graduated engineers. Women only account for 12% of newly graduated electrical engineering, and computer technology only has 11% female graduates. These two fields happen to be two of Together Tech’s main areas, which of course presents a challenge for us. But just because something is difficult does not mean that it is impossible. We do what we can to become a company that these 12 and 11 percent want to work for.

By always keeping gender equality in mind when recruiting, adapting language choices in the ads, and thinking about where we publish them and how we look for candidates, we increase the chances of getting more female applicants. In order to retain our talents, we work hard to ensure that we live up to our company values and that we continuously push for inclusivity, diversity, and equality.

TogetherTech has come a long way, but that doesn’t mean that there’s nothing else that can be done. We can always get better and do more. But I can proudly say that we have come a long way and that we really take the issue seriously.

Nobody can do everything but everyone can do something. If you currently do not work actively with promoting gender equality in the workplace – do not despair. Take one step at a time and start with the basics. Working actively to promote gender equality sometimes requires external input and advice, so don’t be afraid to reach out to people with the right knowledge, expertise, and experience – ask for help and cooperate.

Annika von Hofsten is Business Unit Manager and Head of Equality & Diversity at Together Tech - a Technology and IT consulting company that develops products for a better world. Annika has a background in engineering, specializing in industrial economics, and has previously worked with project management, sales, business development and leadership. She's passionate about gender equality, strengthening and encouraging more women to pursue a career in STEM.

Latest in Skills Management from the past year

This is how utilization works in Cinode (Video)

How many skills do you have?

Skills Management in practice – how to get started!

Skills Management – 5 ideas to scare up your sales

What are the consequences of failing to get to grips with the skills gap?

“The aim is to normalise entrepreneurship and revolutionise matching”

What dream assignments do your consultants have? 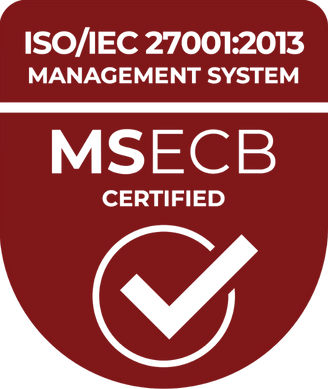